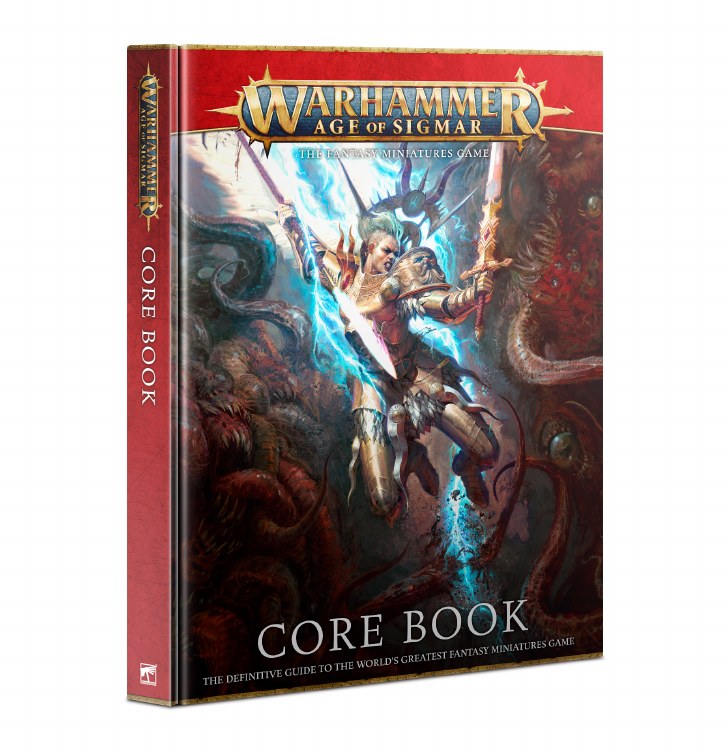 The Age of Sigmar began with the thunderous arrival of the Stormcast Eternals, borne upon the heavenly storm of the God-King Sigmar Heldenhammer. They are great heroes, snatched up at the moment of death and magically reforged – these golden warriors are thrown into battle against all who would corrupt, decay, and destroy the Mortal Realms.

While Sigmar and his pantheon of Order strive for prosperity in these dark times, the Great Necromancer Nagash marshals the forces of Death in a bid to claim every last soul for his own. Meanwhile, Kragnos leads the wild forces of Destruction in a savage rampage across the civilised world, all while the Chaos Gods prepare to conquer the last uncorrupted bastions in a world of conflict and upheaval. This is a new epoch, a time of mighty battles and unending war. This is the Age of Sigmar!

The Age of Sigmar is an epic setting populated by myriad armies, powerful heroes, and magnificent monsters. It plays host to vast, realm-spanning wars between the forces of Order, Chaos, Death, and Destruction. In the Warhammer Age of Sigmar Core Book, you’ll not only learn the rich history of this war-torn age, but you’ll also find all the rules you need to evoke these epic stories on the tabletop.